Skip to content
Home » Kenyan-born Canadian gave birth to adorable twins of different skin colors: How is this possible?

Sometimes the miracles that happen in nature surprise us so much that we simply cannot believe in the reality of what is happening. An example of this is the story of a woman photographer from Canada. Judith Nwokocha gave birth to twins with different skin colors. Seeing that her babies are not just different, but differ from each other as day and night, the mother of Nigerian origin was shocked. But she couldn’t argue with the vagaries of genetics. 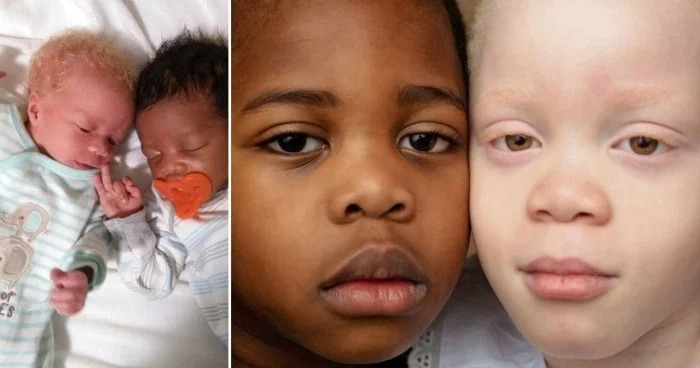 Judith gave birth five years ago. She and her husband had been without children for a long time and had decided to use in vitro fertilization. She knew she was going to have twins, but when they showed her the babies after delivery, she was surprised to find out that the boy was dark brown and the girl was albino. The young mother shared photos of her daughter Kaci and son Kamsi on social media, and the twins immediately caused a sensation on the Internet, becoming one of the most famous twins.

As Judith recalls, when she was given such different babies at the hospital and told that both were hers, she initially thought it was either a mistake or a prank. 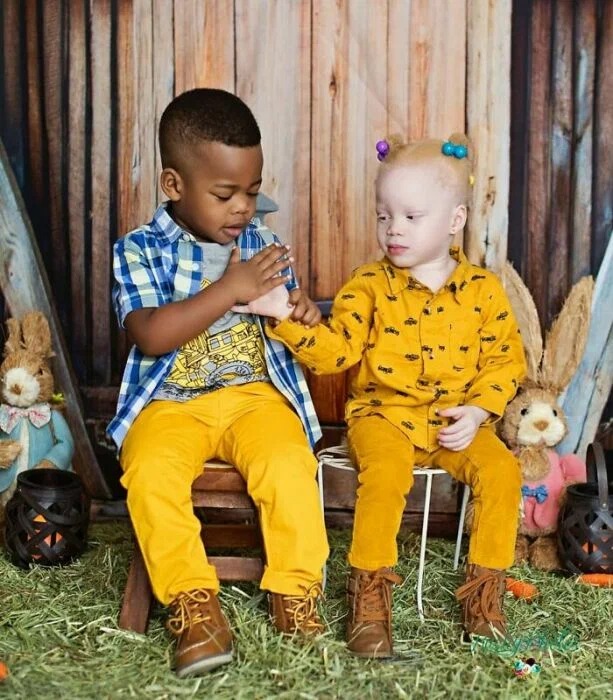 — I thought they’d given me the wrong baby. Of course I had no doubts about my son, because his skin color is the same as mine, but at first I took my daughter for someone else’s baby and kept waiting for a nurse to come into the room, apologize for the mistake and bring me «my» daughter — the one with brown skin. However, all I heard from the doctors after the birth was just congratulations on the birth of twins.

Finally, the mother realized that the little white girl was really her own child.

— When I took her in my arms, I experienced such love, and the feeling was as strong as my love for my son. And when they put the babies on my chest after giving birth, the feeling of tenderness for both of them was the same, too,» says the mother.

At first, the dark-skinned woman was worried about how society would treat her children.

— Fortunately, we live in a civilized country, and although people are surprised when they learn that my children are twins, everyone usually express only kindness and admiration. In my home country, Nigeria, albinos are treated very badly, but fortunately there is no such prejudice in Canada. 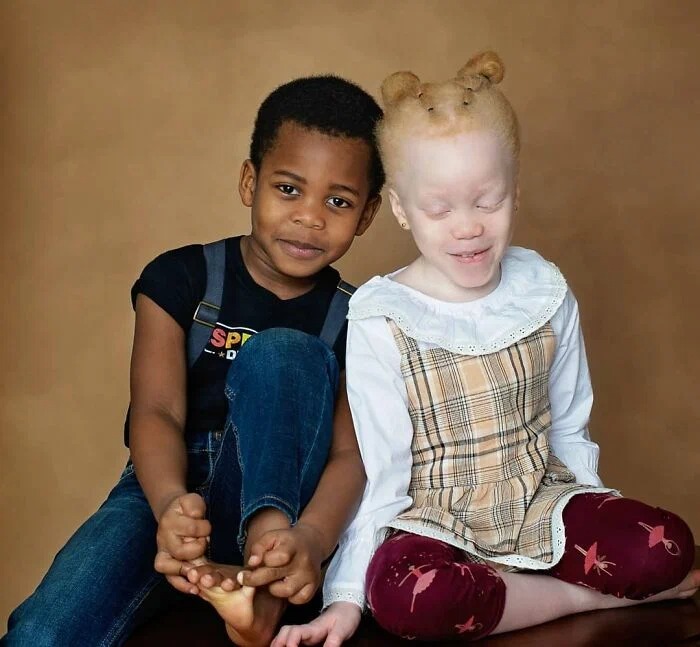 However, Judith does admit that there have been a few instances in which her albino daughter has been mocked.

— Still, the love that my son and daughter have received from those around them is far greater than the hatred from those few people. And I constantly remind Kaci how beautiful and unique she is so she doesn’t feel «wrong.»

— They often ask me why they don’t look alike and I tell them that God made them so different because He chose to,» Judith says. 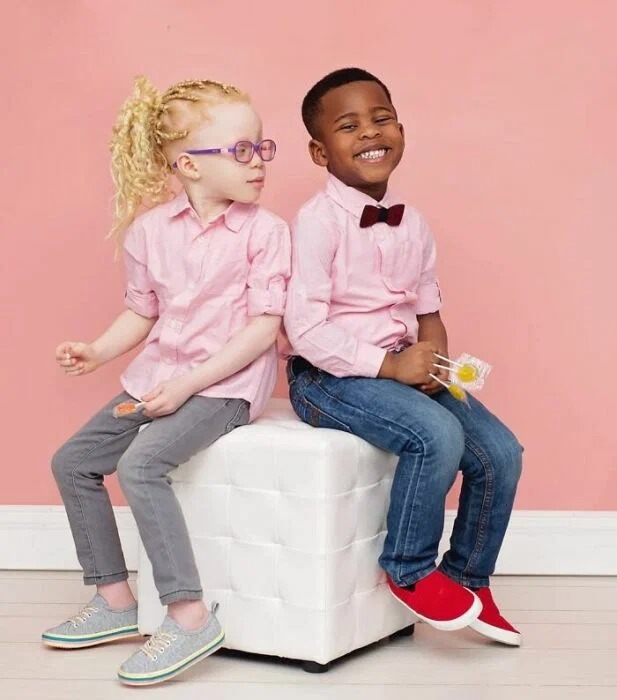 According to his mother, Kamsi’s son cares deeply for his unusual sister. They are good friends, not only at home and in the yard, but also at school.

— Their teacher told me that they are practically inseparable, and it even bothers me. Because I am personally in favor of children trying to make new friends and not just be happy with each other’s company,» says the twins’ mother.

By the way, in addition to the different colors of skin, her son and daughter differ in temperament. Thus, according to Judith, Kamsi is a very calm and self-sufficient boy, while Kaci does not like solitude and is very sociable. 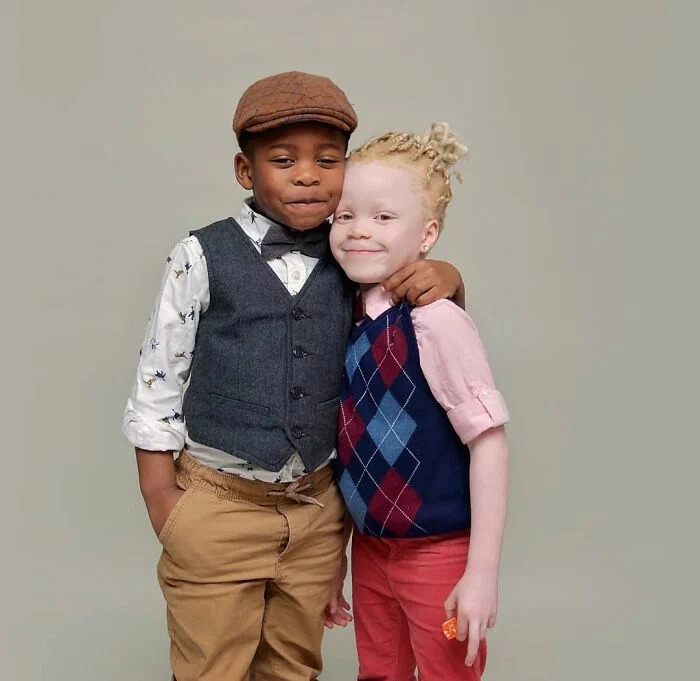 — They have no problems with their health and their development. It is true that Kaci is shorter than her brother and has worse eyesight, but overall she is an intelligent and physically strong girl.

And also, according to her mother, because her daughter is albino, her skin is very delicate and sensitive, including sunburns. But this is not a problem in Canada, where the sun is not as scorching as it is in Africa.

Genetics is an amazing thing. Brothers can have different skin colors, while mothers and daughters or fathers and sons are sometimes born remarkably similar. Examples of this can be found in any country in any city. 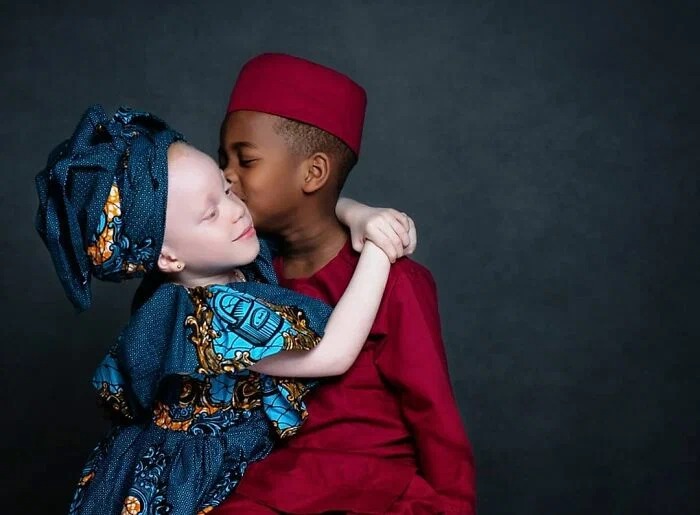 Teenage girl gave birth at 14 and graduated from college holding her daughter’s hand.
062

They are back on the ice, and he is 83 and she is 79 years old. Olympic winners had an amazing performance.
088
Add a comment Cancel reply
Kenyan-born Canadian gave birth to adorable twins of different skin colors: How is this possible?
Share on Facebook