Skip to content
Home » Hollywood’s most beautiful couple back together 17 years after breaking up: Any chance for Jennifer Aniston and Brad Pitt’s future? Not long ago, many were shocked and delighted by the reunion of J. Lo and Ben Affleck after 17 years of separation, and now there is an opportunity to see the same in the case of Brad Pitt and Jennifer Aniston. In the spring of this year, the news broke in the media that the ex-spouses might soon be getting back together. Rumors of a possible reunion between one of the most beautiful couples originated after Pitt allegedly came to Aniston in Paris, where she was on a business trip. 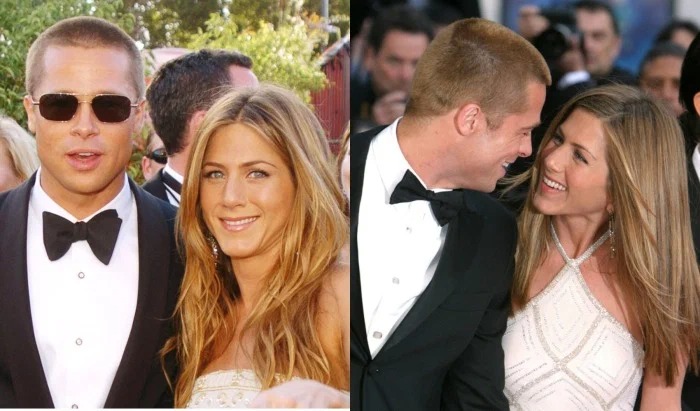 According to tabloids, the former spouses settled in a fashionable penthouse at the Four Seasons George V Hotel. What is really going on now in the relationship of the stars, and whether there is a chance for their future together, we understand further in the article.

Actors Jennifer Aniston and Brad Pitt met in 1994, but they were in a relationship with other people at the time, so they did not pay much attention to each other. But four years later, when they ended their past relationship, there was a spark between the stars. At that time, Pitt was 35 years old and Jennifer was 29. Their relationship slowly developed, and in 1999, the stars appeared at the Emmy Awards as a couple in love. Jen and Brad absolutely did not hide their trembling feelings from prying eyes, holding each other’s hands sweetly and cuddling at every opportunity. After that, all the headlines in magazines and newspapers were full of reports about their romance.

And just a few months later, the couple shared with their fans the happy news of their engagement. By the way, they announced it at a concert of the famous British singer Sting, showing the audience on the arm of Jen engagement ring with a large diamond. The couple was literally glowing with happiness, enjoying each other’s company. Brad repeatedly stressed the confidence during his interviews that Jen is the woman of his life. He claimed that literally at first sight, he realized — she was just made for him. 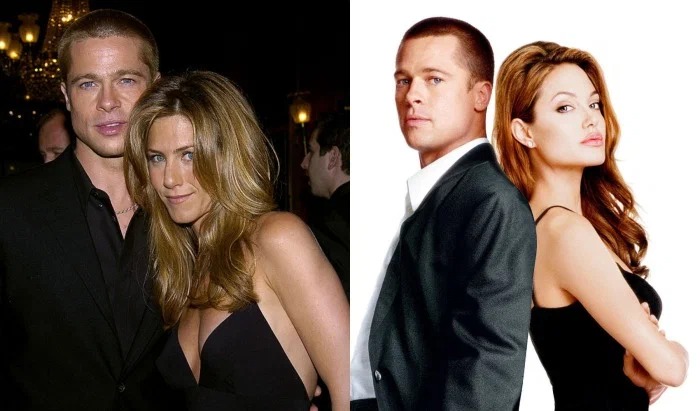 In the summer of 2000, the Hollywood couple celebrated a chic wedding in the fairytale city of Malibu. At the celebration were invited over two hundred guests, among them many famous personalities. In the media pompous and lavish wedding of the actors called «the event of the year. After the wedding, the newlyweds decided to go to the Seychelles.

For several years, this beautiful couple graced various ceremonies together, fans could not rejoice in their family happiness. By the way, on the red carpet, the couple carefully approached the choice of outfits, often dressing in the same style. Journalists were constantly waiting for and finding out new details of their family life, especially they were interested in the topic of the continuation of their lineage. Also in interviews, they were constantly learning about their plans for the future together, the progress of their home renovations, and more.

And all seemed well, in 2004, Jen even said that in principle she was already thinking about having children. But soon their perfect family life gave a crack. In early 2005, the couple officially divorced. According to them, it was thoroughly thought out, so they parted easily.

The reason for discord in the family, and soon a divorce, was evident — another woman. In 2005, a comedy action movie «Mr. & Mrs. Smith» came out,  on the set of which Brad fell under the spell of Angelina Jolie.

But in early 2006, Jolie and Pitt stopped hiding their relationship, the more so that they were already expecting a child. It is worth noting that many believe that the main reason for the separation of Brad and Jen, as, according to rumors, the actor wanted a large number of children, and his wife did not want to become a mother. 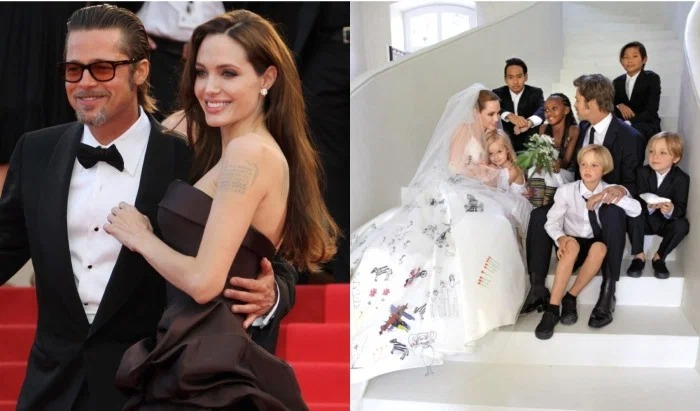 Since then, fans of Hollywood stars divided into two camps: one happily watched the love story of Pitt and Jolie, while others hoped that the actor will sooner or later return to Aniston, believing that only with her he will be happy.

The union of Angelina and Brad, many predicted a fleeting connection, but in 2012, after eight years of relationship, the couple announced their engagement. Generally, the actors did not think to bind the relationship with the bonds of marriage, but the wedding was requested by their family and adopted children, of which there were six at that time. The ceremony took place in the summer of 2014 in a castle in France. The bride’s silk dress and veil, which were adorned with drawings of their children, was the highlight of the wedding.

With the appearance of an ideal family was far from this image, between the spouses often there were scandals and disagreements. This was mainly due to Jolie’s jealousy of her spouse’s movie partners. And now in 2016, the public was struck again by the news of Pitt’s second divorce. Angie initiated the divorce, stating that they have irreconcilable differences with her husband. The actress also announced that she refuses all alimony from her spouse, but she wants absolute custody of their children. The divorce lasted about three years, ending only in 2019.

By the way, Jennifer Aniston did not lag behind her ex-spouse and has also been married once more. Jen’s new chosen one was actor Justin Peru, whom she met on the set of the movie «Wanderlust» (2012). The spark between the actors ran from the first moments. After two years of relationship, the couple announced their engagement, and the wedding was played already in 2015. 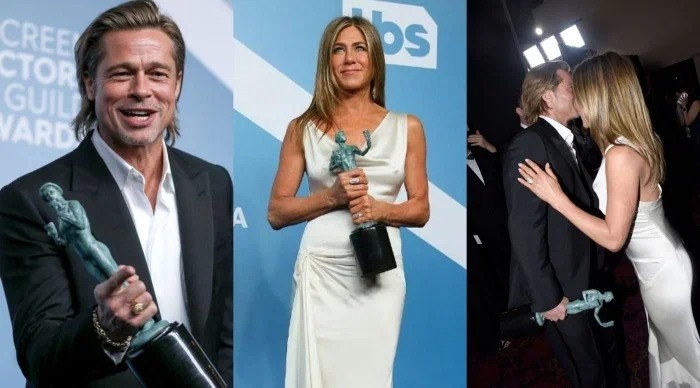 Initially in the press appeared an interview with George Clooney, who is a good friend of Brad Pitt, where he said that now the ex-spouses are ready to give each other a chance and try to start over. In confirmation of this, the former husband and wife were often caught in each other’s company. For example, in 2019, Pitt invited his ex-wife to celebrate Christmas together, and she, in turn, invited him to the anniversary and then to Thanksgiving. After all these events, news and rumors about their secret dates appeared in the press time and again.

In early 2020, the ex-spouses were spotted at the same ceremonies, and at one, they were cute holding hands, whispering and hugging. By the way, attentive fans noticed a ring with a large diamond on the hand of the actress, after which many thought that soon the artists will announce the long-awaited reunion, but so far it has not happened.

However, in the spring of this year, there was information that the ex-spouses for some time together live in a luxury hotel in Paris, where Aniston is shooting. Now everyone is wondering what it is — feelings that have flared up with renewed vigor or just a fit of nostalgia? Some suggest that Aniston had a hand in the destruction of the family of Pitt and Jolie. The main opinion is that Jen has always loved Brad and will always do, but their future together is only possible if Brad feels the same. By the way, last fall Jen told in an interview that she was ready to let a relationship back into her life. 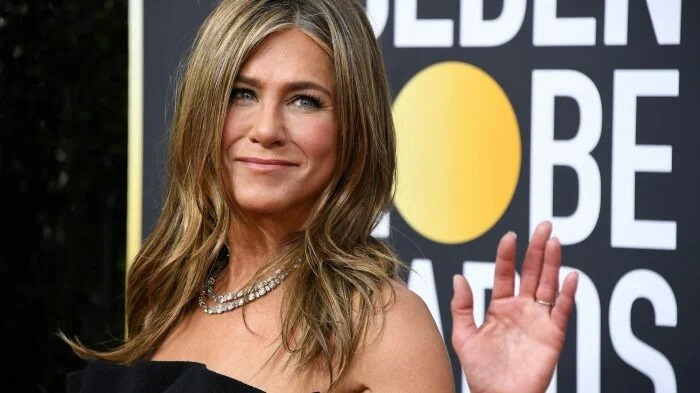 So far, neither Jen nor Brad have made any comments or confirmations about a possible reunion. Western journalists believe that Aniston and Pitt have just a good, respectful, cordial relationship, but so far it is more like a friendship. However, fans of the couple are very optimistic. They hope that Jennifer Lopez and Ben Affleck, who recently revived their love after 17 years of separation, set a good example for other star ex-spouses.

They are back on the ice, and he is 83 and she is 79 years old. Olympic winners had an amazing performance.
087
Add a comment Cancel reply
Hollywood’s most beautiful couple back together 17 years after breaking up: Any chance for Jennifer Aniston and Brad Pitt’s future?
Share on Facebook

The baby mouse, who was found so weak and helpless, now feels protected and happy